Getting Organized: How To Boost Your Productivity In A Few Easy Steps 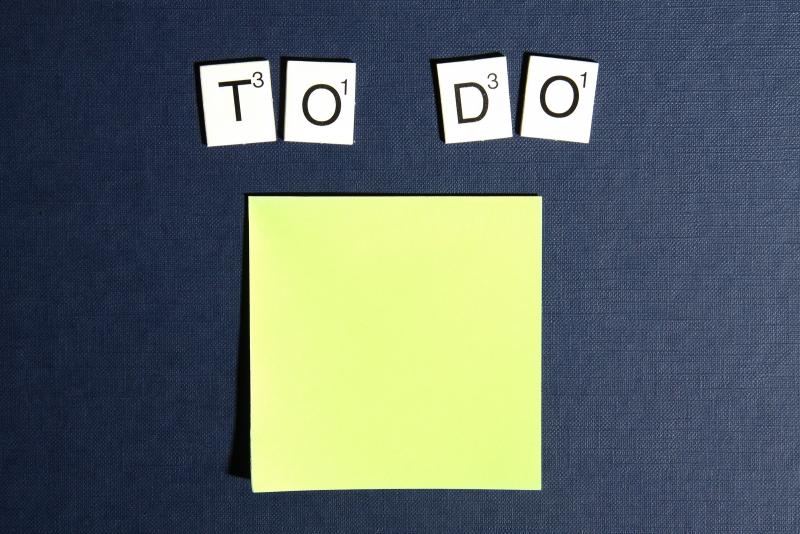 Lists are what keep me going, day after day. I don't know what I would do without them. I would be lost, and I am sure many of you feel the same way!

Sometimes, though, my to-do lists can become a bit daunting. The constant outpouring of new apps, and posts about new life-hacks, doesn't help either. With so many options, and so much to do, our lists, like our lives, can often become complicated and overwhelming. Thankfully, though, it doesn't have to be! Here are a few tips on how to help you accomplish making your to-do lists less stressful:

Break down all of your larger, more complex tasks into simpler, more precise steps, and follow those steps until the entire project is complete. This makes larger, more daunting, tasks seem much more manageable and less overwhelming from the beginning.

Don’t leave anything out!

Include in your to-do list anything you will need to accomplish that specific task, i.e. phone numbers, links, names, addresses, or anything else relevant to the task for reference later on.

One problem many people will run into is mixing personal tasks, work tasks, and other chores all within the same list. Instead, separate these into categories (most to-do apps have this included as a feature). Doing this allows you to only look at/worry about your work tasks while you are on work time, and your personal tasks on personal time.

Giving each task a number of importance can help your task lists organize themselves. If you prioritize your lists when you create them, you won't have to worry later about what needs to be done first, or what is least important, and could wait. You will already have all of that laid out, just in case something else comes up.

Some find it easier to schedule their entire to-do list by time, with each task having a specific time of completion. This is especially beneficial if you have numerous tasks to work on, but isn't completely necessary. Set a specific time limit to work on each task. When that time has passed, move on to the next item on your list.

Since there are thousands of apps available to use, here are some suggestions of a few good ones:

To pick the app that works well for you, I suggest trying them all out to see which best accommodates your lifestyle!

Everyone has limitations, and it's important that you know your own. Overscheduling yourself, or expecting more than is possible, is just setting yourself up for disappointment and the feeling that you accomplished nothing. So, when scheduling your day, be sure to keep your goals manageable and something you can definitely accomplish.

Jennifer Thompson is a Paragould, Arkansas native, and graduate of Arkansas State University with a degree in strategic communications.

She has worked in the field of journalism around Northeast Arkansas for the past 15 years as a writer and editor. She is currently a public relations specialist and freelance writer.

How To Hire and Manage Freelance WorkMake The Last Hour Of Work Productive, With These 5 StepsHow To Use The Perfect Words When Promoting Your BusinessEntrepreneurs Who Started From Nothing