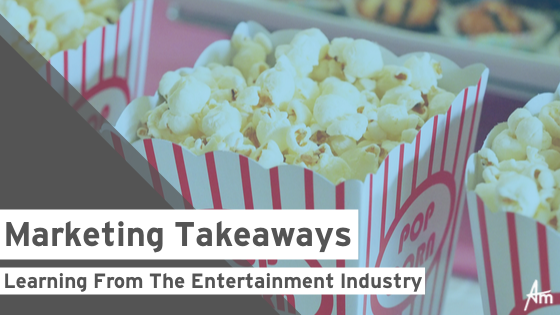 Suzanne Collins, The Ballad of Songbirds and Snakes

Suzanne Collins, author of the highly successful Hunger Games book series, is releasing a prequel book to the series. The marketing techniques utilized for this book reveal are fantastic and can be used in many other ways. She first announced on July 15, 2019, that an “Untitled Panem Novel” was arriving in May 2020. She continued to build anticipation and excitement by doing a cover and name reveal. Collins utilized social media heavily, especially Facebook, for all of her marketing. By waiting to announce the title and cover of the upcoming book, she was able to get people talking and excited about the book months before its release. This is an excellent example of how anticipation and teasing information can build excitement and further the reach of your announcement.

Taylor Swift recently released her seventh album, Lover, and with it came numerous marketing takeaways. Taylor Swift started promoting her name and music again back in December 2018 with the release of the Netflix documentary, “Reputation.” She then updated her Instagram aesthetic to a more pastel and happy vibe while also dropping release date hints. She even made a trip to Nashville to take a photo in front of a huge butterfly mural, which prompted fans to do the same. She dropped two singles within months of each other and continued to hint about the new album. By the time the album released in August, Swift had already collaborated with Capital One and Amazon to promote the album. Taylor Swift combined both online and real-life marketing efforts, which helped expand the audience’s involvement for her album.

The newest reboot of the Chucky movie franchise, Child’s Play, took a dark and interesting turn with their marketing efforts. By some form of coincidence (not likely), Child’s Play released the same day as Toy Story 4. Utilizing this release date and the fact that it’s a horror movie, Child’s Play released posters depicting Chucky murdering characters from Toy Story. Five posters were released in total on the movie’s Twitter account, which brought a lot of attention to the film. Not only did this get people talking about the film, but Child’s Play also proved that “throwing shade” speaks. They were able to hone in on their target audience and what they might pay attention to. And they were right. Several articles were written about these posters, including this one from BuzzFeed, giving the movie even more exposure.

The entertainment industry offers a plethora of marketing lessons. Watch the marketing of your favorite show or movie and see if there’s anything you can utilize for your business!

Check out other parts in our Marketing Takeaways series:

Marketing Takeaways: Learning From Other Brands

Dani James is a Marketing Specialist and writer for Atwill Media. She has a bachelor's degree in Strategic Communications from Arkansas State University with focuses in Public Relations, Advertising, and Social Media Management.

When not working, she enjoys spending time with her family, reading a good book, and watching The Office.

Good job showing the benefits one can gain from paying attention to the way marketing is done in several fields. Thanks